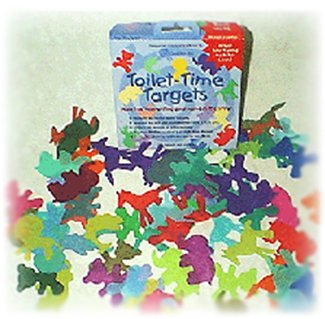 Female Web Watch readers should seldom have reason to enter the men’s room in public places (Jimmy Buffet concerts being a notable exception, where even Ally McBeal’s co-ed bathroom seems quaint in comparison).

But it they did happen to wander into the men’s room in their favorite watering hole – no pun intended – they may see that some businesses feel that it is important to dump a few bags of ice into the urinals for the evening.

All of which brings up the inevitable question as the ladies return from their trip:  WHY IS THERE ICE IN THE URINALS?  Heck, even the vertible New York Times decided to get in on the action by writing about ICE-FILLED URINALS in a travel article a while back.

The most obvious answer is that ice in the urinal helps prevent the dreaded splashback.

Another reason is that when men see ice in the urinal, they don’t feel the need to flush.  The melting ice helps drain the urine out without needing to run additional water through, so there is less water usage overall.

Other possible reasons given for putting ice into a urinal are that the excess cold discourages drain flies, and that the cool air in the urinal helps prevent the area from becoming stinky.

But the most popular reason given is best summed up from this conversation that Web Watch overheard a friend and his wife having the other day:

She: You know how some places put ice in the urinals?
He: In the men’s room?  How do you know this?
She: I’ve seen pictures.
He: Right, you’ve–
She: I’VE SEEN PICTURES.  (pause)  So why is that?
He: Do you want the REAL answer or the COMFORTING answer?
She: …comforting?
He: It reduces splashback, which is more sanitary and substantially reduces the odor.
She: That’s the comforting answer?
He: Yup.
She: What’s the real answer?
He: Guys like making ice melt with their pee.

Ice in the urinals is fun to melt, thereby causing users to aim better.  It’s no different from just placing a STICKER OF A FLY IN THE URINAL to give peeing men something to aim at.. which, according to the UrinalFly sales material, helps keep a public men’s room up to 85% cleaner than if the fly was not in the urinal.

One reply on “Why is there ice in the urinal? (and other bathroom sanitation ideas)”

Why not ice in the urinals? Pretty COOL idea ha ha! Seriously, it saves on water, reduces drain flies, keeps odor down (cool air is heavier) and helps boys aim better….no messy floors/shoes.
One bar went so far as to put a spinning ice wheel so guys would have fun hitting it. must have been dry ice cause of all the foggy conditions and steamy pee.