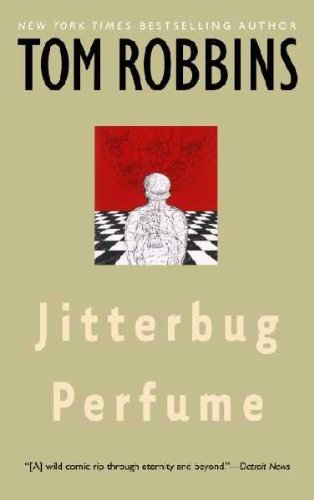 According to Christophe Laudamiel, a French fragrance designer who has designed scents for Abercrombie & Fitch, Estee Lauder, and Ralph Lauren (among other big names) – a virgin smells “white”.

There’s a science to creating perfume scents, and it takes a skilled nose to pull it all together.

Are you looking for something more musky, floral, vanilla?  Woody, fresh, fruity?

This is the job that Christophe has to deal with, where he is given a concept of what the perfume is supposed to be — and then he has to imagine what that concept smells like.  Because somewhere along the line, somebody had to decide what “Polo”, “White Diamonds”, or “Chanel No. 5” was supposed to represent in scent form.  The designer is given the name – it’s up to them to sniff it out.

Which brings us back to Christophe’s virgin problem.  How does one define “virgin” by smell?  What does a virgin smell like?  According to Christophe, a virgin is represented by something very white.  So he starts thinking, what’s white?

Something milky, rice-y.  Something soft, but not overtly full.  A little velvety, soft.   Something like apricot skin mixed with a water lily, perhaps.  His job is to whip it all together into a fresh scent that nobody has ever smelled before.

All of this should be no surprise — LADY GAGA HAS SIGNED A PERFUME DEAL.  Let’s hope she sticks with a fragrance named after her songs LOVEGAME or THE FAME rather than POKERFACE or PAPARAZZI.