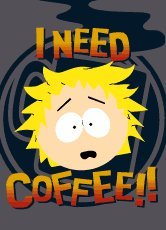 In honor of NATIONAL COFFEE DAY on September 29th, Dunkin’ Donuts and CareerBuilder teamed up to identify the PROFESSIONS THAT REQUIRE THE MOST COFFEE.

They asked over 3,600 office workers about their coffee-drinking habits, and found that 32% of office workers require a cup of coffee to get through the workday.  43% said that they are less productive without their morning Joe.  Web Watch figures this is why the majority of offices offer their staff free coffee — it’s a small cost to pay for happy workers.

Of those workers stating that they are more productive when they have coffee, these are the professions that needed it the most, ranked from “needs most” first:

The survey continued with some other interesting info: