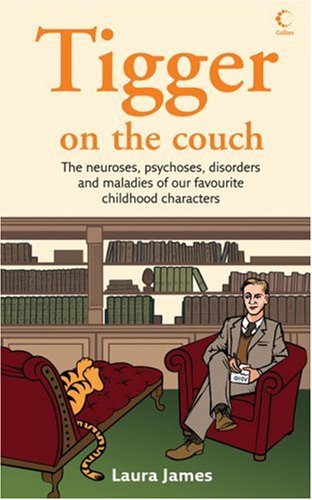 Tigger on the Couch: The Neuroses, Psychoses, Disorders and Maladies of Our Favourite Children’s Characters

Earlier this year, Web Watch mentioned a study called PATHOLOGY IN THE HUNDRED ACRE WOOD: A NEURODEVELOPENTAL PERSPECTIVE ON A.A. MILNE that discussed which various mental and psychological illnesses the Pooh characters suffered from.  Let’s recap, shall we?

Now, it ends up that maybe, once again, we were ahead of ourselves.

It doesn’t do Web Watch readers any good to simply talk about the maladies that our favorite childhood characters may suffer from.

Not when Matthew Wilkinson has so expertly wrapped up those words into VISUAL EXPLANATIONS OF EXACTLY WHAT DISNEY CHARACTERS SUFFER FROM. Here are just two of his many, many examples that pull from the Winnie the Pooh stores, Snow White, and other Disney classics:

Yes, Matthew Wilkinson covers a wide gamut with his GIF creations. Feel free to check ’em all out next time you have a few minutes to kill.