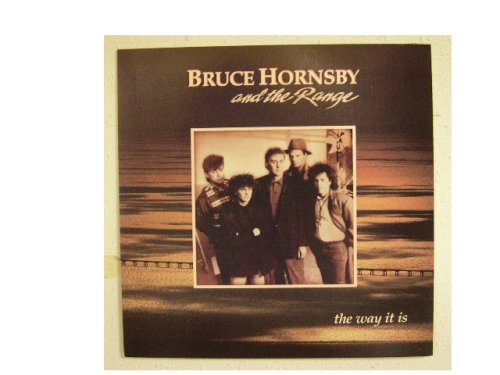 Bruce Hornsby and the Range: The Way It Is

If you’re one of the millions of people who are still out of work and trying to get a job, there is hope — the economy is picking up in some sectors and locations, and everywhere Web Watch looks there are “help wanted” signs posted.  Granted, they may not be posted for jobs that everyone is interested in, but a job is a job to some… and if you don’t take it, someone who is already working two jobs to make ends meet will probably swoop in and take on a third just because they can.

Which brings us to today’s post, where we talk about a jobs-related survey done by Rutgers University entitled The Shattered American Dream: Unemployed Workers Lose Ground, Hope, and Faith in their Futures.

This survey of over 1200 unemployed workers took place over the course of a year, with over 700 of those initially surveyed being interviewed three times. The survey asked the respondents how they felt about their job prospects, and what they had done to try to find a job.  Here’s some of what the survey found.

…followed by some happier news:

So where are all these unemployed people finding their jobs?

Well, Web Watch knows quite a few people who are reaching out in social networking (LinkedIn is a very, very popular place to see-and-be-seen, compared to a social free-for-all such as Facebook) in order to find jobs.  In today’s world, it seems things haven’t really changed — sometimes it’s all about who you know and how you know them.  Networking at its finest, all done electronically.

But networking can only get you so far.  Sometimes you have to do a little bit more than sit around in your pajamas and post on Twitter every few hours about your job search while you play Farmville in another browser window.

Still looking at the survey results, here are the top four ways those who found jobs were able to do so:

So here’s Web Watch’s advice to you, the job-seeker.  Do all the online networking you want — but be sure that you’re looking at every opportunity that presents itself to you, including making opportunities of your own by trying at least one of the four items listed here.

Because if you’re not willing to change industries, work your way up the ladder, learn new skills, or move to where the jobs are and you’re still not able to find work, then you’re not trying hard enough.