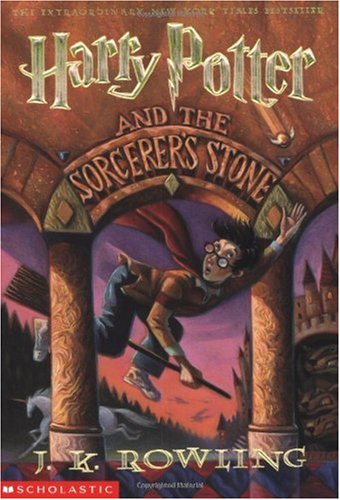 Harry Potter and the Sorcerer’s Stone

The American Library Association (and the nation’s libraries in general) have a tough job – they need to make available practically every book ever written, yet they get yelled at for making certain books available.

Unfortunately, books don’t come with parental ratings guides. The best that a parent can hope for is that a particular book has been classified correctly into “children’s”, “young adult”, or “adult” material – but even then, there’s rarely a problem with a youngster deciding to read at a level above their head. It’s oft viewed as a sign of advanced brain development.

So when it comes to deciding what books their children should read, it really should be up to the individual parents to determine.  Parents have control over what media their children have access to at home, so books should be included in that material.

There’s nothing wrong with a book being written and made available in a library or local bookstore. If you don’t believe that a particular book is for your child, then take the book away from them – but don’t force the issue by making those books unavailable to everyone else who may be interested (or not offended) in reading the same material.

The American Library Association has compiled a list of the top books that were requested to be banned between 2000-2009.  We’ve listed 25 of the top 100 books below, but click the link to see the reasons behind each banning request (profanity? sexual references? occult? religion? homosexuality? drug use? racial?  Oh, there’s lots of reasons for some of these books):