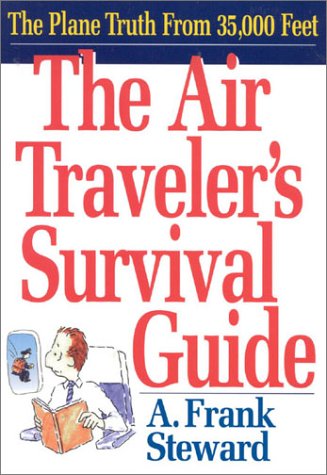 Web Watch loves to travel, but we hate having to share our travelling space with strangers who don’t understand the RULES OF TRAVELLING.

It can be the basics – such as “don’t touch our luggage at baggage claim”, or “don’t hog all the electrical outlets at the airport”.

But it can also be the more courteous items, such as “don’t power-lean your airplane seat back onto our laptop so it cracks the screen.”  Yes, this has happened to us, and the airline says that there’s nothing they can do as it wasn’t their fault for the other passenger’s stupidity, negligence, and overall inconsideration.

There’s a reason why a product like KNEE DEFENDERS exists – it’s not to be rude to our fellow passengers by preventing them from relaxing, but it’s to protect our fellow passengers from pissing us off.  It ends up being a much more pleasant travelling experience for all involved when these are in play.

Which brings us to the PASSENGERS’ AIRPLANE BEHAVIOR BILL OF RIGHTS from travel website Lonely Planet.

It’s a simple listing, that sums up every single major complaint that airline passengers have had over the years about other passengers or about things they would like the right to do themselves.  Let’s take a look: