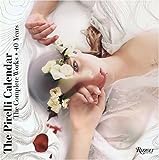 A new year has begun and newscasters, magazine writers, bloggers, and others are all proclaiming 2010 to be the first year of the next decade with all their “best of the 00’s” lists.

Just like Web Watch had to do during the Y2K celebrations, we’re not here to put a damper on everyone’s fun, but TO REMIND EVERYONE THAT THE FIRST YEAR OF THE TWENTY-TEENS IS NOT 2010, BUT 2011.

Remember it like this:  was there a year zero?  No.  There was a year 1.  And that made the tenth year, year 10.  But the tenth year only counts as a full year when it ends, not when it begins.  Which means that the completion of the first decade was on December 31st, 10.

Sure, there are those who will bring up the dictionary definition of “decade” as any set of 10 years that begin with a year ending in zero (ie 2000-2009), but that is just counter-productive to our discussion and will be ignored for entertainment reasons.

That being said, at least Web Watch is rational about this and we appreciate that for all those that are busily writing their “best of the decade” columns also did the same thing at the end of 1999.  So for those folks, at least you’re being consistent by printing your “best of the decade” lists ten years apart from each other.  You might be publishing your lists on the wrong year, but at least you’re being consistently wrong about it.

So why change things now, as it would only confuse people?

But there is something we all can do, and that’s to educate people on the correct pronounciation of “2010”.

(How did you pronounce that?  Web Watch is fairly certain you didn’t say “eighteen thousand twelve” when you read that sentence…. why should “2010” be any different?)

So we’re all on the same page with this, right?  The decade ends at the end of 2010, and we all know how to pronounce the year.  Good.  See you at the end of the decade, less than 12 months from now.