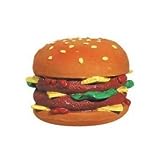 Google, being a company based on computers and data centers and other electronic stuff, is often asked about how energy-efficient they are.

After all, Google’s mantra is “Don’t Be Evil”.

So Google engineers did some number crunching and DETERMINED HOW MUCH ENERGY A GOOGLE SEARCH TAKES as related to the amount of CO2 that is generated.

They determined that a single Google search uses about 1 kJ of energy and emits about 0.2 grams of carbon dioxide.

Google realizes that those numbers don’t mean anything to the average person.  So they figured out what those same numbers equate out to when compared to other, more approachable items.

According to their calculations: