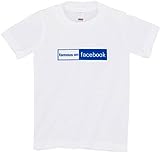 If you fall into one of these 10 CATEGORIES, THEN YOU JUST MAY BE A FACEBOOK OFFENDER.

So if you’re on Facebook, don’t be one of these people.

As for number 10, I won’t let you have that one so easy.  Go check out the above link to see what type of person is the absolute worst Facebook Offender.