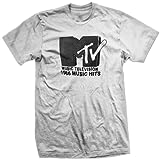 Remember when MTV was cool and we’d rush home from school to turn on the channel just to watch the lastest, craziest music videos?

And remember how they’d do specialty shows like 120 Minutes where you might not know all the bands that were being played, but the videos were cool?

So now we have YouTube, but the thrill of finding some video before your friends have seen it is still a good time.

With that in mind, here are some international music videos that may make you laugh, sing along, or marvel at some of the technological goodness that comes with making videos for today’s wired music video fan.

This first video features fans of the band working their webcams. Cool idea!

Yoshida Brothers (referred to as “the ZZ Top of shamisen“)