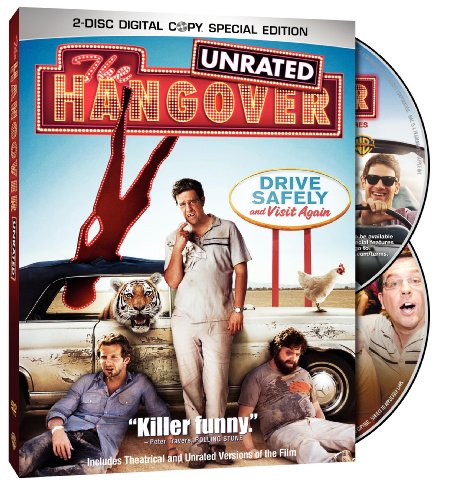 We’ve all suffered through ’em, whether it be at a Waffle House at 8am after a killer night on the town, or hanging out at the Magic Kingdom after doing DRINKS AROUND THE WORLD at Epcot at Walt Disney World three times too many in one day.

We’ve tried all the cures, but nobody really has attacked the real problem: that maybe it’s the alcohol that’s causing the hangover issue.

Leave it to scientists to figure out how to make HANGOVER-FREE ALCOHOL.

Apparently, hangovers are not caused by the alcohol itself, but by the process your body goes through to get the alcohol out of your system.  It ends up that your body needs oxygen, water, and carbon dioxide to do its work (probably why you feel so dehydrated the next day).

So it’s simple – drink enough water and get enough oxygen, and you should be fine, right?  And since Web Watch readers already know to drink one full glass of water for every alcoholic beverage you have (yeah, right), we know that the water part has already been taken care of.

Which leaves trying to get more oxygen into your system.  The scientists had the same thought you just did – what if the alcohol itself contained the oxygen?

After feeding their test subjects their newly-oxygenated beverages, scientists found out that the extra oxygen appeared to reduce blood alcohol levels faster than regular alcoholic beverages did.

Of course, more tests need to be done to prove what all this means to the average drunkard looking to get sober faster and with less pain, but Web Watch is sure that there will be plenty of willing volunteers hoping to be picked to be a test subject on the next go-around.

Oxygen-enriched alcohol may not solve all hangovers, but if they can make the next morning even slightly more bearable, then it’s a step in the right direction.