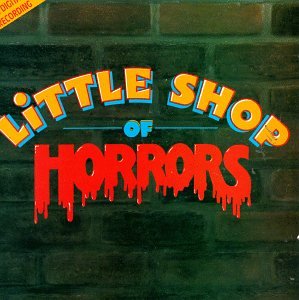 Little Shop of Horrors soundtrack, with Steve Martin as “The Dentist”

One thing about YouTube that bothers Web Watch is the number of videos that parents film over their shoulder while driving their car down the road.  Especially now as MORE AND MORE STATES — up to 29 as of this writing — ARE PASSING BANS ON TEXTING WHILE DRIVING more and more states are passing bans on texting while driving.  For those Web Watch readers who were wondering, based on that link it looks like Ohio and Hawaii are the only two states with absolutely no laws on their books relating to driving while using a cell phone or texting.

It’s only a matter of time before DWV (driving while videoing) joins DWI and DWT as acronyms to avoid getting a ticket for.

But the threat of receiving a DWV violation may not deter enterprising, money-hungry folks from filming everything that happens to them and posting it on YouTube in the hopes that their video goes viral.

Today’s example is DAVID AFTER DENTIST.

David’s dad, David DeVore, did not plan on becoming an Internet sensation when he filmed his son’s loopy return from the dentist.  He only meant to share the video privately with a select group of family and friends.

But because YouTube limits the number of users who can view a privately-flagged video, Mr. DeVore decided to make the video publically-viewable so more family and friends could view and laugh along.  Public videos on YouTube get passed around a bit, and once it was public, so they say, the rest was history.

The DAVID AFTER DENTIST video has racked up over 62,000,000 views as of this writing, qualifying it for “gone viral” status a while ago.  One issue that some users have had with uploading videos to YouTube is that they never felt like they (the content producers) ever received compensation for their viral work — the only beneficiary was YouTube.   But that changed in August 2009 when YOUTUBE ANNOUNCED PROFIT SHARING WITH VIRAL VIDEO PRODUCERS, splitting all ad revenue money with the account that had uploaded videos that became popular.

Mr DeVore and his son David, with their 62,000,000 views, are a beneficiary of YouTube’s policy change, with DAVID AFTER DENTIST EARNING OVER $150,000 in the 18 months that its been posted.  And since popular YouTube videos have a tendency to stay popular for years, the DeVore’s should be seeing residuals come in for years to come.

HOW MUCH MONEY CAN A VIRAL VIDEO EARN?  If the profit-sharing program is similar to the YouTube partner program, the following estimates have been made:

Whether these figures hold for viral videos vs official YouTube partners is unclear.

But we can draw some conclusions based on what Mr DeVore has said about how much DAVID AFTER DENTIST has earned.  In November 2009, just a few months after YouTube created their viral video profit sharing policy, DAVID AFTER DENTIST HAD EARNED $40,000 in advertising and merchandising sales.  And if the DeVores have made another $100,000 in the past six months, they must be doing something right – the video is only gaining in popularity compared to its first 6 months of existence.

The DeVores are not waiting for their 15 minutes of fame to be over, lest they be surpassed by some other dentist-related video.   They received $8,000 to appear in a 2010 Super Bowl advertisement, they’ve signed a licensing deal for dentist-related medical scrubs, and are looking for other dentist-related opportunities as well.  Mr. DeVore has focused so much effort into monetizing David’s video that he quit his real estate job – for now, that seems to be paying off for them.

So what do you need to do to make a video go viral?  Well, you CAN FOLLOW THESE TEN TIPS FOR MAKING A VIRAL VIDEO:

Or, if you want to try something a bit more serious, here are 7 TIPS FOR VIRAL VIDEO SUCCESS:

[…] use of sampled images/videos. The millions of views that his video gets could have gotten him thousands of dollars in order to invest in making more of his amazing art, but Youtube/Google will not allow […]

These harlem shake vids are great… An agency in my industry just put one out and then it’s like everyone in the field followed. Have to get on the band wagon :)