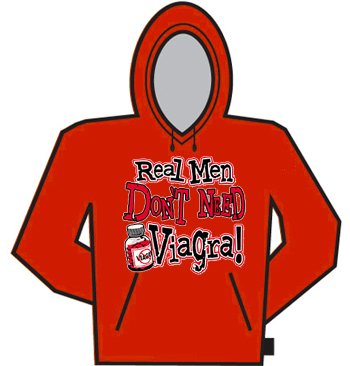 Remember how WEB WATCH TOLD YOU ABOUT HOW OLDER WOMEN ARE MORE LIKELY TO HAVE SEX?

Well, you know how all those Viagra and other male enhancement drug commercials all say that the product “does not protect the user from sexually transmitted diseases”?  It ends up that there’s a reason for this disclaimer to exist, aside from the standard insistance from the legal department.

The ANNALS OF INTERNAL MEDICINE is reporting that OLDER MEN WHO USE ERECTILE DYSFUNCTION DRUGS ARE TWICE AS LIKELY TO HAVE AN STD THAN THOSE WHO DON’T USE THOSE DRUGS.

See how that ticking biological clock can be a curse?  This may be a legitimate reason for older women/cougars to go after those younger men.

Don’t misinterpret this report as saying that younger adults don’t have STDs.  They do – and often have a lot of them.  But the high divorce rate in older couples combined with better health and use of enhancement drugs by older men has resulted in more promiscuity in older men now when compared to years past.

And older people tend to think of condoms are merely birth control devices rather than for other protective measures.  50-year-olds were six times less likely to use a condom than men in their 20’s.

Other study findings include: