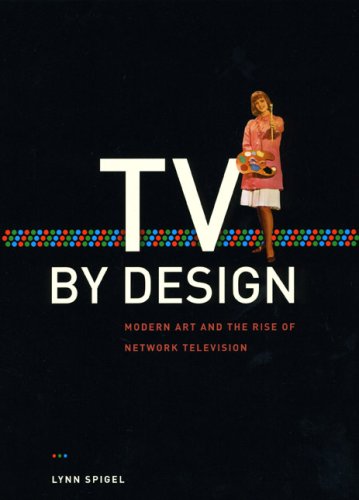 TV by Design: Modern Art and the Rise of Network Television

Critics have been hailing the fall of network TV for years.  With cable getting a lot of the press regarding their high-quality programming (Mad Men, Conan, Sopranos, OZ, Dexter, Big Brother After Dark, etc), one can certainly understand why they would be saying such things.

But perhaps it’s a pipe dream.

Network television certainly isn’t going to go away, or go away any time soon.  Especially when you look at the TOP TELEVISION CHANNELS THAT PEOPLE CAN’T LIVE WITHOUT.

Surprisingly, there are people who want to switch off their TVs.  Cut themselves off from the world of instant-gratification entertainment.  The world of possibilities at their fingertip control.

But, when asked to list which TV channels they must have available online after the television has been completely disconnected from the world — these were the stations that people said they absolutely, positively couldn’t live without:

Looking at this list, Web Watch can draw the following conclusions: