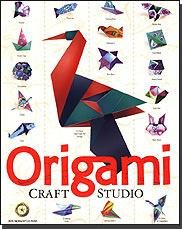 Many years ago, Web Watch told you about a girl who figured out that it was mathematically possible to FOLD A SINGLE PIECE OF PAPER OVER ON ITSELF 12 TIMES.

The long-held reasoning was that it was physically impossible to fold a piece of paper in half more than eight times, but Britney Gallivan proved that paper could be folded over 12 times.

Math teacher James Tanton worked with his students and the cooperation of a super-long hallway at MIT to take over 2 miles of single-ply toilet tissue and proved that PAPER COULD BE FOLDED IN HALF 13 TIMES.

As for setting a new World Record — they didn’t do that, in part because the stack of folded toilet tissue wasn’t able to stand on its own under the weight of the 8000 layers.

So what does a math teacher do?  Try doubling the amount of paper being worked with by ordering over 24,000 feet of TP instead of the 13,000 feet they were working with.

In case you were wondering so you could try this yourself – you can order rolls of toilet paper that have over 4,000 feet per roll (six rolls per case) from Toilet Paper World, for about $40-$56, depending on manufacturer.

No word on what the math students did with 2 miles worth of toilet paper after their experiment was over.