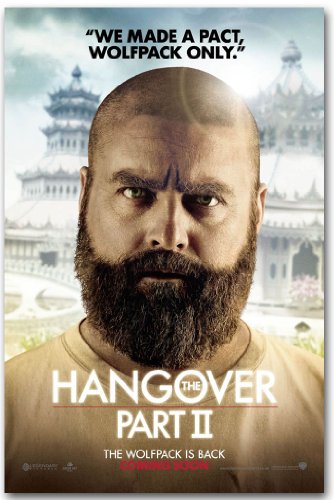 A lot of people have visited Web Watch looking for information on HOW TO HIRE THE DAN BAND, as seen in the first HANGOVER film.

But that was so two years ago.

Today, after two stellar performances on SNL, the man of the hour that everyone wants to hang out with is Zach Galifianakis.

Or maybe Ken Jeongm, because you know – he crazy.

So how much will it cost to hang out with these guys?  If you believe the booking folks at DEGY ENTERTAINMENT, it may just cost you $75,000-$100,000 for Zach to come out and join your party.

That’s not so bad – it’s the same amount you’d pay for Andy Samberg or Aziz Ansari.  Any one of these folks, you know you’re going to get your money’s worth.

Besides, if you had over $100k to spend, you’d be getting Adam Sandler, Jerry Seinfeld, or Chris Rock.  And they wouldn’t want to just hang out with you – those guys will just want their money and run.

Same goes for Colin Mochrie and Brad Sherwood – who are listed in the $20k and $30k categories.

If it makes you feel any better, Andy Dick will only set you back about $10k.

Is music more your thing?  DEGY is charging the following for these musical acts:

So if yo’re looking to throw a kick-ass party and have some money to throw, you might find a bargain on the booking charts.  Be sure to invite us – Web Watch loves a good party.