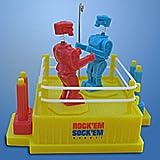 You know why those weekday afternoon television judge shows are so popular?  Because everybody likes to hear other people’s dirty laundry and then voice an opinion on it by yelling at the TV.

Of course, yelling at the TV doesn’t effect the outcome of the situation.

So if you are looking for a place where you can hear an argument and take a side, you’ll want to check out SIDETAKER.

If you are having an argument with someone and just can’t come to an amicable agreement, why not take your case to the Internet and have other people decide who is right and who is wrong.

Some of the questions that are posed are relatively benign:

…to the more interesting:

There’s one argument on the site where the Internet crowd told the wife to get a divorce by a 3:1 margin.  Why?  Because her husband would not flush the toilet after he uses it.  She says that he only flushes the toilet every third time, because he’s a cheapskate.   If not divorce, then what practical advice would you provide to her?  Now’s your chance to be helpful…