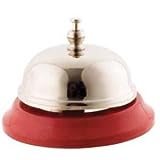 Here are 10 MOST UNUSUAL HOTEL GUEST REQUESTS, and well-deserved thanks that the concierges who managed to pull these off with success:

2 replies on “The Ten Most Unusual Hotel Guest Requests, Ever”

i TOLD u they wouldn’t fix your AK

by the way, thank you for giving me an extreme time wasting link – armor games; gem wars… i am addicted. thank you