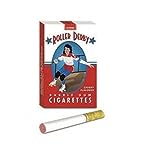 Scientists in Italy have determined that WOMEN WHO STOP SMOKING CAN LOOK YOUNGER.

How much younger?  Try 13 years younger… and all in just nine months.

This is based on two major studies where the scientists studied the skin condition of 200 non-smoking women for elasticity, firmness, and microrelief to calculate the “skin age” of these women’s faces.

They then compared those numbers to that of 64 smoking women.  After nine months, the scientists showed that the skin conditions of the 64 new non-smokers returned to the levels seen in the younger set of 200 non-smokers from the earlier study.

A different study of German smokers also determined the difference between why men smoke and why women smoke:  men smoke as an energy source; women smoke due to stress or because they are overweight.