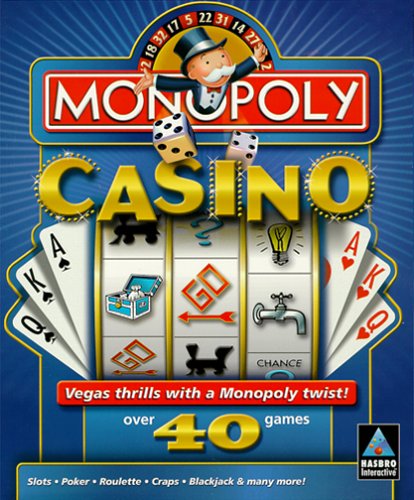 If you have ever been to Las Vegas, then you should be familiar with one of the most popular slot machine game themes ever made: Monopoly.  (Yes, the ubiquitious Wheel! of! Fortune! games are a more popular theme, but that’s a different article for a different day).

And when it comes to playing Monopoly – playing the Monopoly-themed slot machine is certainly one way to say that you have played the World’s Fastest Game of Monopoly.

But you would be incorrect, as the slot machine is not the board game, and when it comes to talking smack about Monopoly, it’s all about the board game.

So, Web Watch readers, we ask you this question:  assuming you play exactly by the listed rules in a standard set of Monopoly, WHAT IS THE SHORTEST AMOUNT OF TIME THAT A MONOPOLY GAME CAN BE PLAYED?

There are a few assumptions made by the originators of this thought, but the concept works out.  The whole idea is to have Player One – through the luck of the dice on their first turn –  buy Park Place and Boardwalk, and then buy enough houses to place three houses on Boardwalk.  Then, the unfortunate Player Two goes bankrupt after receiving the “Advance to Boardwalk” card on their next turn.

Some commenters have pointed out that a game could be over even faster if the official Property Auction rules were used.  In this scenario, Player One lands on Baltic Avenue on their first roll, but chooses not to buy it – which sends the property to auction.  Player Two – for whatever silly reason they decide to do this – bids against Player One for the property to the point of having their entire bankroll invested in that Purple property.   Then Player Two rolls and ends up pulling the “Pay School Tax” card on their first turn, bankrupting them.

Hey, it’s unlikely, but it could happen.

Which brings up an interesting question.  Now that you’ve read the OFFICIAL MONOPOLY RULES, what are your own MONOPOLY HOUSE RULES that you play with?  Post yours in the comments below…

And the ever-popular variation on a theme – if you have two different Monopoly boards available and want to play a really long game one weekend, just take the two boards and put them figure-8 style, with the GO properties overlapping each other.   Move around the boards in a figure-8 direction, but start the game by sending half the players around board 1, and the other half around board 2 so everyone has an equal shot at the Big Money properties.