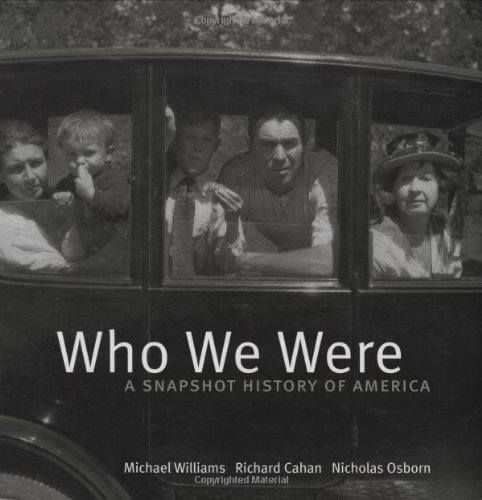 Who We Were: A Snapshot Picture of America

As you go about cleaning out your house, Web Watch is sure that the question of “What shoul I do with all these old photos that we have lying around?” comes up on occasion.

Some photos, you naturally would keep.  Perhaps in a frame, perhaps in a shoebox tucked under the bed.

But there are also novelty photos that really aren’t meaningful enough to keep, but aren’t so bad that you want to throw them away.

That’s where MOVING PICTURES comes in, as they’ve taken dozens of photobooth film strips  and other photos that they’ve found scattered around across America and digitized them.The best part is that each photostrip comes in 4 frames, just like a movie clip would.  So the next logical progression to make would be to combine the four images into a single graphic — making a short animated film of these snapshot moments in time.

What this photobooth gallery really does is solidify the theory that WHAT PEOPLE DO IN A PHOTOBOOTH HASN’T CHANGED OVER THE YEARS.

So let’s take a look at the other galleries on the SQUARE AMERICA site that help show us what life was like 50 (or more) years ago: