In today’s technology age, it’s easy to identify the history of certain things.

The first phonebook?  Hard to know.  The first wristwatch? Questionable.

The origin of the sandwich? We know the (supposed) story, but we aren’t able to pinpoint the exact ingredients or date that the sandwich was invented.

END_OF_DOCUMENT_TOKEN_TO_BE_REPLACED

Kids – no matter how much you’ll hate it now, you should take the time to learn a musical instrument.

Web Watch doesn’t care if it’s the piano, accordion, guitar, or marimba (heck, Jimmy Fallon and The Roots play music using plastic instruments, and that stuff sounds GOOD).  The key here is that you should be able to play something – anything.

END_OF_DOCUMENT_TOKEN_TO_BE_REPLACED

Most people have a fairly good idea of who they are and where they come from.

The traditional family structure is typically in place, with family members across the board getting together at some point in their lives: parents, brothers, sisters naturally. Grandparents, usually.  Great-grandparents becoming a bit more rare, but still often seen.  Cousins, uncles abound.  Great-great-grandparents can be a bit tougher to gather for a party – but it certainly could happen.  Going back in time further than that generation, you’ll rely on geneology records and stories handed down throw family’s joint recollections.

END_OF_DOCUMENT_TOKEN_TO_BE_REPLACED

Who doesn’t enjoy a good beer?

Okay – we see a few of you out there who are claiming to be more of a wine enthusiast.  And that’s okay – you can skip over this posting since there won’t be anything of interest to you here, unless you’re wanting to impress the beer lover in your life with your sudden knowledge of the Greatest Beers In The World.

END_OF_DOCUMENT_TOKEN_TO_BE_REPLACED

If you’ve never had the opportunity to visit the Old Country (Germany, Italy, France, etc), you’ll be amazed at how history surrounds you at every turn when you do finally make it over there.

Everywhere you look will be some ancient building or piece of art, forever preserved for the never-ending crowds of ooh-ing and aahh-ing tourists.  Even just stepping out of the high-speed, modern train station in Venice is like stepping immediately into the 14th century (get to Venice while you can, before it sinks away into the sea forever – it’s worth the trip).

END_OF_DOCUMENT_TOKEN_TO_BE_REPLACED

Back in the day, Web Watch took a college course in Human Sexuality.

It was supposed to be one of those “easy A”-type classes, but sometimes when word gets around about the alleged “underwater basketweaving” reputation of a college course — even one seemingly as trivial as Human Sexuality — the Powers That Be decide to makde some dramatic changes by firing the teaching staff and hiring new professors to turn the class into something a bit more… challenging.

So now we were stuck with writing essays about the Human Condition, and discussing “feelings”.

It ended up being a much more difficult course than those who took previous semesters had experienced.

END_OF_DOCUMENT_TOKEN_TO_BE_REPLACED

You’re one of those old people, aren’t you?

Always living in the past, telling those young punks of today how easy they have it now.  You begin every sentence with, “oh yeah, well back in MY day, we didn’t have the Internet. And we LIKED it!”

So time marches on – it happens.

We can all agree that all sorts of things have changed over the past 50 years for sure, but even more so in the last 5-10 years.

END_OF_DOCUMENT_TOKEN_TO_BE_REPLACED 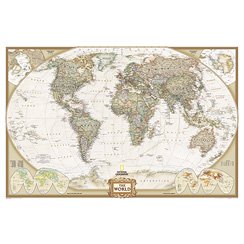 Some places are known for blowing the existing up and rebuilding from the ashes, history be damned.  Other places embrace their history, making it difficult for any new development to take place lest it disturb the historical (in)significance of what’s present.

That’s why Web Watch loves websites like WHAT WAS THERE, as it tries to capture the glory of history, without worrying about keeping the march of progress down.