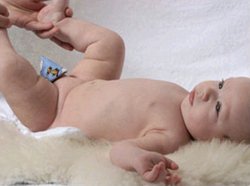 The Peepee Teepee for the Sprinkling WeeWee

If you have difficulty attracting the ladies, maybe it’s time to take a clue from the animal world and do what they do.

Think about it – there is some truth to how people imitate the strutting, boasting, show of force or elaborate mating rituals that go on in the jungles and forests across the country by animals of all shapes and sizes.

So try not to be surprised if people start to imitate the Human Man’s closest relative, THE MONKEY, COVERS THEMSELVES WITH URINE TO ATTRACT A MATE.

What scientists discovered is that capuchin monkeys will pee on their hands and rub it all over their fur in order to appear more attractive to girl monkeys.  Apparently, girl monkeys are turned on by the smell of urine.

So here’s a party game for you to play at home:  gather a variety of friends together and have people of different ages pee into Dixie Cups.   Everyone takes a sniff, and then has to guess the age of the person who’s urine they just smelled.  Do like the monkeys do, we say.

It’s like an old-fashioned wine-tasting party, but without the fake snobbery.