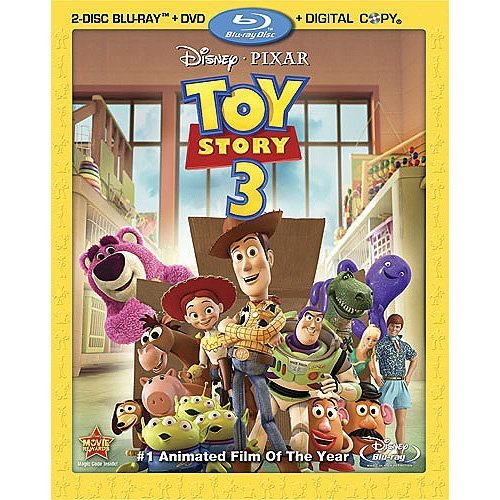 Which is why MOVIEFONE has written up this piece: THE ANIMATED OSCARS, a look at what award ceremonies would be like if the movie industry treated animated films with the respect they deserve (assuming, of course, that the films truly are standard bearers).

Because animated films are still FILMS.  They shouldn’t be lumped solely into a single “Best Feature Animation” category or the occasional “Best Screenplay” nod — these films do not direct themselves.

The voice actors are voice ACTORS.  The director is a DIRECTOR.  There’s no reason why a voice actor couldn’t give the performance of their life and be nominated for a Best Actor award, even if they are never seen on camera.  Heck, awards have been given to actors who only appeared on screen for less than 10 minutes.

Why not make this year have a little redemption.  You’ve awarded people for adequate roles in the current year as a reward for all their hard work leading up to it.   Isn’t it time to reward media and critical darling Pixar with a long-deserved Best Picture award for Toy Story 3?   It’s not fun knowing that you may always be nominated, but have zero chance of winning because you don’t have live-action actors in front of your camera.

“I do believe we will one day see an animated film win the best picture Oscar, and I hope it’s on Sunday,” said Lasseter. “I think that over time, more and more of Hollywood and the Academy has gotten to know animation. It’s exactly the same as live action filmmaking. We tell great stories. We use great actors. We just use a different camera.”

Besides, and we think we can all agree on this — the Toy Story films are one of those extremely rare cases where each of the sequels expands upon, improves upon, and are considered superior to those that came before.  Maybe this is the time for Oscar to reward Pixar for their body of work on the series by giving them Best Picture.  You know, just like they did for the Lord of the Rings trilogy, where they saved up all the award hardware until the series was finished.

Hey, we animation fans can dream, can’t we?