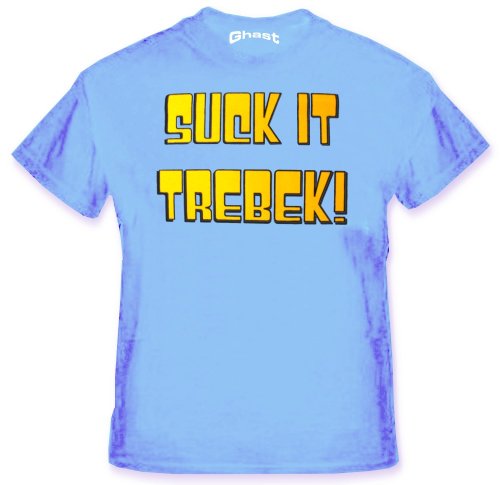 We’ve been on a bit of a Jeopardy! roll recently here at Web Watch, but that’s not going to stop us from throwing another bit of fun at our readers — mainly because we want to see you get onto the show… and once there, win.

While you may have to practice your buzzer techniques in the privacy of your own home, there’s nothing stopping you from spending months memorizing 3×5 index cards that cover the typical subjects — British royalty, geography, and state capitols.  That’s what Jeopardy! superstar Ken Jennings did, and look at how well it worked for him.

Luckily, Jeremy Singer-Vine has done some analysis for you on the most visible part of the game by ANALYZING THOUSANDS OF JEOPARDY! CLUES to see if there were any trends that would help future Jeopardy! contestants.  Luckily, he had access to J-ARCHIVE.COM, an online database of pretty much everything that has ever happened on the show for the past ten years or so.

Here are some of things that Jeremy found in his research.  Maybe some of these things will help you in your quest for game show fame and fortune:

If you look only at categories that appear ONLY in the first or second rounds respectively (as opposed to categories that have appeared in both rounds — such as those shown above), then the most frequently seen categories in rounds 1 and 2 are “Stupid Answers” and “Chemistry”.

The most common answer on Jeopardy! is “What is Australia?”…. but sometimes specific categories have repeat answers that you should memorize.  According to the analysis, you can almost never go wrong answering “Don Quixote” or “Gravity”… depending on the category used, of course.

One neat thing about all this analysis is seeing Ten Jeopardy! Super-Easy Answers that All Three Contestants Missed.   Click over to the site to try your luck in such topics as “Food Glorious Food”, “European History”, or “At the Movies”.