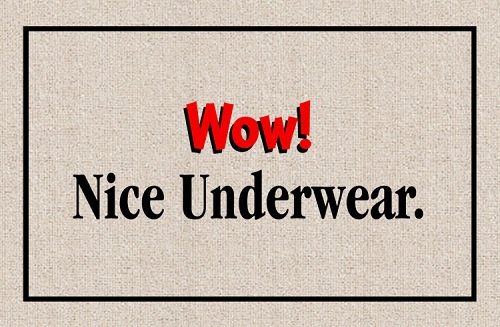 That’s right, folks – if you’ve been following along with Web Watch over the years, none of today’s post will be news to you.

CNBC is reporting that now,  UNDERPANTS SALES ARE RISING.

And when people decide to go out and spend money on underwear (whether it be a Hanes 3-pack at the local Wal-Mart or Target, or some fancy lace number from Victoria’s Secret) — that means that the feel more confident in their own personal economic situation to the point where they can throw out the old, ratty stuff and splurge on something new.

Socks and underwear are often overlooked as necessities during economic downturns, so with sales perking up — we may see the end of this recession yet.