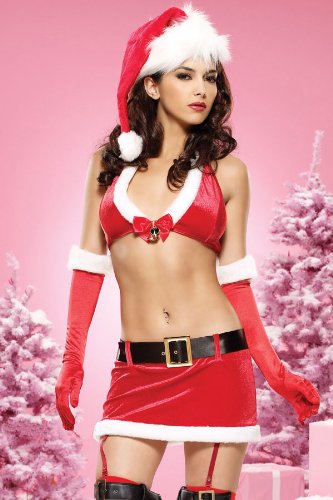 If you’re a fashionable lady and are continuing to wear mismatched bra and panty sets, you are no longer a trend-setter.

Because while the fashion trend over recent years has been to proudly show off your underwear choices (where it was critically important to ensure that your bra was somewhat matched to your top – and not as important whether your panties were in the same style… if you wore underpants at all) — retailers are claiming that WOMEN ARE BUYING MATCHING UNDERWEAR SETS IN GREATER NUMBERS.

All it took was Lady Gaga and Katy Perry to change fashion trends, as they may have continued the underwear-as-outerwear concept but are doing so in a more low-key way.

They’re going with neutral/nude colors rather than the bold, outgoing patterns and fabrics that were meant to be shown off and put on display.

According to a British department store, sales of nude and flesh-colored lingerie have increased 99% in the past month.  A recent survey supports this shopping trend, with 66% of women surveyed saying that they prefer the natural-toned underwear over that with more flash and style.

65% of women said that the neutral colors make picking out outfits much easier as they don’t have to coordinate their under- with outer-wear.