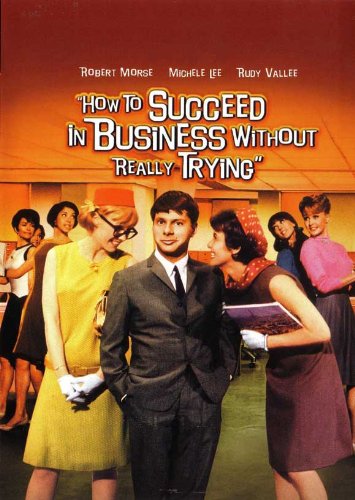 Web Watch knows that if you really want to get ahead at the office, you have to apply yourself.  This is simply common business sense that everyone in the corporate world should follow.

But some women (and some men, too – don’t think that they’re getting a free pass on this) believe that they can skate by in any situation on their looks alone.

Face it, toots – what may have worked in college at the sorority house when you tried to get the local computer nerd to do your CompSci homework for you simply by batting your eyelashes at him ain’t going to work in the real world.

That’s the gist of a study published in the JOURNAL OF SOCIAL PSYCHOLOGY entitled Physical Attractiveness Biases in Ratings of Employment Suitability: Tracking Down the “Beauty is Beastly” Effect that says that contrary to popular belief, PRETTY PEOPLE DON’T ALWAYS GET WHAT THEY WANT.

The study said that how a woman looks can be influential in getting certain jobs that require a pleasant outward appearance, but a woman’s good looks can play against them when competing for jobs that have traditionally be considered more of a “masculine” job.  Some of those jobs might include mechanical engineer, construction supervisor, or a hardware store salesperson.

The study said that “in these types of professions, being attractive was [found to be] highly detrimental to women.”

The study did say that attractiveness is still considered a positive attribute, and that prettier people tend to get higher salaries, better voter ratings, and other intangible benefits.   It’s just that pretty women may not be considered for certain jobs as seriously as those who were more plain.  Pretty men, on the other hand, were considered for those same jobs more often than unattractive men were.  A double-standard, perhaps?

Among the other jobs that the study considered more manly were prison guard and tow truck driver.  Jobs that pretty women were chosen first for included receptionist and secretary.

NEWSWEEK conducted their own POLL ABOUT BEAUTY IN THE WORKPLACE and found the following results: