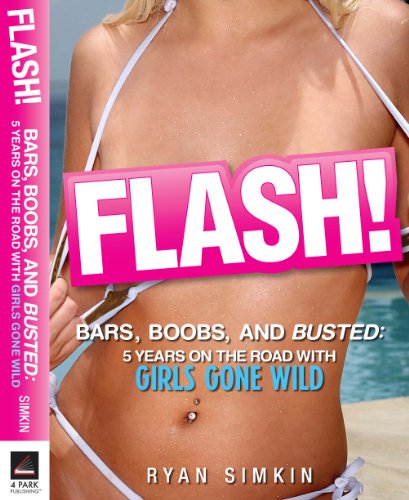 FLASH! Bars, Boobs, and Busted: 5 Years on the Road with Girls Gone Wild

Canadian music fan Andrea Irwin has an incident on her permanent record , just for attending a Kid Rock concert.

It’s not unusual for people to be arrested at a Kid Rock show – it’s mostly out-of-control drunks and the occasional fight in the pit.  Web Watch has seen it first-hand — Rock puts on a great, entertaining and engaging show.  He’s a showman. His fans really get into it.

But to kick Andrea out of the building for merely enjoying herself and getting caught up in the moment?  That’s not right.

So what did Andrea do that was so horribly, horribly wrong that got her in trouble at a Kid Rock show?

She flashed her boobs, and was subsequently escorted out for doing so.

It ends up that the venue, Scotiabank Place, was merely trying to enforce their code of conduct and dress code policy that insisted guests wear their clothes at all times.

According to the news article, concert cameramen were encouraging women to expose themselves in order to post the video to the on-stage video screen.  Andrea was more than happy to oblige, as “…what I was doing was just part of the concert”.  The venue disagrees, saying that this was an all-ages show and needed a safe and respectable environment.

Um… like we said – we’ve been to a Kid Rock show, and it’s not close to being appropriate for all ages.  Parents bring their kids to Green Day, thinking that’s child-friendly too — and while it is approachable by the teen set, there’s still some stuff there that’s not appropriate either.  We can’t imagine how many toddlers were at Kid Rock – we can’t imagine there were many there that would become offended at the sight of a bare breast.

There’s legal precedent on Andrea’s side.  Remember when Web Watch covered the GIRLS GONE WILD LAWSUIT?  In that case it was deemed that “dancing for the camera and participating in the event gives implied consent to the activities”.  So if the camera crew was encouraging nekkidness as part of the event, Andrea would seem to have a built-in case in support of her showing off her assets.

Especially if it’s legal for women to go topless in Ontario, Canada anyway.  As Andrea said, “my freedoms were taken away.  My freedom to enjoy a concert, my freedom to be naked above the waist.”

But in this case, all she’s asking for is an apology and her money back.  That’s not so much to ask.