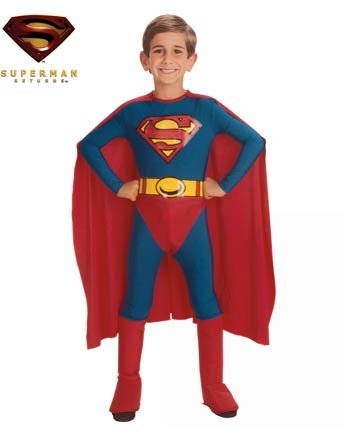 In YET ANOTHER NOSTALGIA BLOG-TURNED-POSSIBLE-EXPLOITATIVE BOOK DEAL, Web Watch points you to GROWING UP HEROES, a photoblog of old family photos that have been submitted by the site’s readers.

In this case, the family photos are of children (and others) dressed up as their favorite superheroes.

And that’s where Web Watch has a problem.

90% of the photos on the site are perfectly fine and expected.  There are any number of age-inappropriate Wonder Woman costumes, Batman outfits, the creative yet-potentially-therapy-requiring Rocky Balboa outfit, and even a non-traditional IVANHOE costume. (seriously, Ivanhoe?  C’mon, parents – don’t embarass your kids any more than you have to, mmmmkay?)

But mixed in with all these costumed crusaders are random submissions of kids merely wearing their favorite character’s face or logo.  And even one case where the picture doesn’t even represent any superhero, but we have to rely on the caption to understand why the photo was sent in the first place.

Web Watch has just one request – if you’re going to have a blog of childhood photos of the children dressed up as their favorite superhero characters, try to put some quality guidelines on the submissions.  And if you’re the one sending the photo in, try to think twice about whether it actually meets the theme of the site.  There are plenty of places to submit wacky child photos – don’t force them onto a site if they truly don’t qualify.