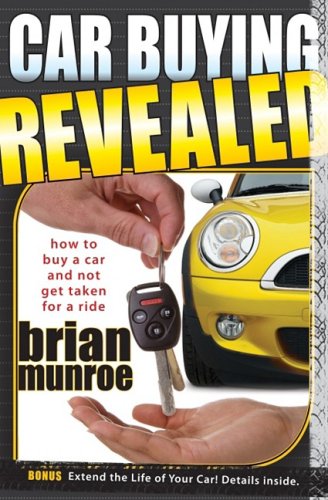 How to Buy a Car

Buying a used car can be a scary experience, as can selling one.

A few years ago, Web Watch had reason to sell our 14-year-old truck, after 200,000 miles.  The vehicle still ran perfectly fine.  We kept up-to-date with oil changes and other maintenance, but it was starting to get some quirks that were becoming more annoying than not.

The sunroof would leak on occasion.  The radio was flaky.  The dashboard illumination lights were starting to burn out.  And we think – but can’t prove – that there was an oil leak that would have been rather costly to repair.  The rear passenger door wouldn’t close unless you knew how to shut the door the right way.  There were a few other things, but the truck ran great and could get you where you were going.  Still, it was time to ditch the truck for something newer and sportier.

We took the truck over to a local dealer that specializes in buying back used cars.  We had success with them in the past, getting a few thousand dollars for a sedan that we knew wasn’t worth quite as much as we were paid for it (boy, did that car have issues!).  The dealer said that the best — the best — they could offer us was $250.

Obviously, they saw the same quirks we saw.  We took the keys back and went on our way.  But as we were leaving, we had a chance to talk with the buying manager, and he told us that we should list the truck on Craigslist – he said it would sell in a week for a hell of a lot more money than they could offer us.

We went home and posted the truck on the Craigslist automotive section.  We got a call within a few days; let the potential buyer test drive it – even explained a few of the quirks to them, because that’s only fair.  In five days, we ended up getting quite a bit more the $250 the dealer had offered us.

The buyer was happy, we were happy.  Heck, we even threw in a full tank of gas for the effort (a $35 value!).  Will we sell a vehicle on Craigslist again?  Hell, yeah!

Why this long story?  It proves that selling a vehicle on Craigslist works – and brings us to these TIPS FOR BUYING A CAR FOR $1000 ON CRAIGSLIST.  Because sometimes, you need a $1000 beater car in order to make ends meet…at least, that’s what Dave Ramsay keeps saying.