How many Web Watch readers out there have tattoos?

Alright — now how many of you have a tattoo that you regret having?

And finally – how many of you are going through the tattoo removal process?   Yeah… this last group is the one we want to talk with. 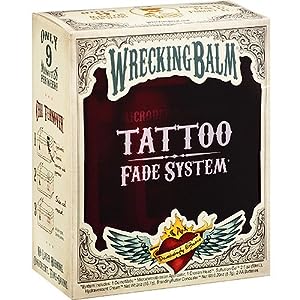 Look, we’ve all done things to our bodies that we’ve regretted.

Some went through a period of having a bad perm (Mr. Brady, we’re looking at you).  Some people decide to tattoo eyebrows onto their face for some strange reason.  And others pierce things that just shouldn’t be pierced… or at least, keep the piercings in way past their expiration date as you head over that middle-age hump.

But the real question gets down to WHY is there an increase?  What could be so totally wrong with the tattoo choices of today’s youth that they feel the need to erase an important Spring Break memory?

The number one reason, based on survey responses from over 700 patients, was “for employment reasons” at 40% of responses.  Apparently having an embarassing (or inappropriately located) tattoo can be a reason not to get hired for some positions.

The other reasons provided were: