Tell us what you think in the comments below…

Would you believe how easy it can be to get people to do ANYTHING you ask them to do? And for the most part, at their own volition?

All you have to do is ask. It’s that simple.

Or is it? Because most people are a bit too intimidated to ask people to do random strange things in public, right?

END_OF_DOCUMENT_TOKEN_TO_BE_REPLACED

Alas, “good pun” is also an oxymoron, as there are millions of people out there who think that the lowly pun is the worst form of a joke that’s possible.

It takes no thought, they say.  It’s not funny, they lament.

Web Watch believes that these people are upset and angry because they didn’t think of the wordplay themselves first.  Or they don’t get the pun in the first place.

Either way, puns are wasted on those folk.  But that’s okay.

END_OF_DOCUMENT_TOKEN_TO_BE_REPLACED

Web Watch has heard from many entertainment professionals that men are always going to be funnier than women.

Jerry Lewis said it, others have as well.

Heck, we’ve seen this play out in real life — with women-based comedies often getting short-changed at the movie theater (until Bridesmaids came along to prove everyone wrong).  TV is a different story, with female-lead comedies often leading the ratings, until something Horribly Wrong happens to have those shows suddenly and mysteriously cancelled.

Even Tina Fey, when she was head writer at SNL, said that it was tough to be a woman working in a man’s world.

END_OF_DOCUMENT_TOKEN_TO_BE_REPLACED 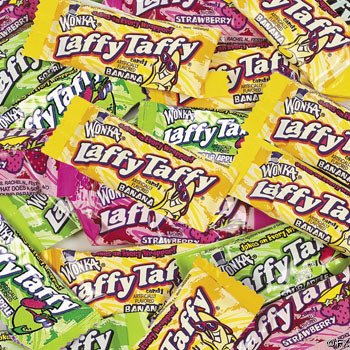 Web Watch is not beyond sharing a good joke or pun once in a while.  Heck, we enjoy sharing BAD jokes and puns even more.

But we don’t eat Laffy Taffy, so we didn’t know the joy that the jokes written on the inside of the Laffy Taffy wrappers could bring so much joy to so many people of all ages.

That is, until WE STUMBLED UPON WHAT FOX NEWS IS CALLING THE WORST LAFFY TAFFY JOKE EVER WRITTEN.