Josh Highland, as we saw in Web Watch yesterday, is classified on Tweeting Too Hard as being a narcisstic Twitter tool.  Not at the top of the list, but a tool nonetheless.

But he doesn’t deserve to be on that list.  He just tweets about things that are meaningful to him.

END_OF_DOCUMENT_TOKEN_TO_BE_REPLACED

A few months ago, Web Watch posted a CALCULATION TO DETERMINE HOW NARCISSTIC A CELEBRITY WAS IN USING TWITTER.

It ends up that we didn’t need to bother, as a calculation is unnecessary.

TWEETING TOO HARD is a look at what people are Twittering about, and if you find your tweets getting posted on the site, the general consensus will be, “Yes, you ARE a tool… and here’s the proof.”

END_OF_DOCUMENT_TOKEN_TO_BE_REPLACED 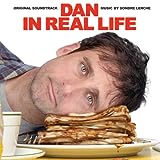 The 2009 WEBBY AWARDS nominations have been announced, showcasing the very best ideas and website executions.  The Webbies will be presented on June 8th.

One of the nominations in the Celebrity/Fan category is CELEBRITY TWEET.

END_OF_DOCUMENT_TOKEN_TO_BE_REPLACED

Some Twitter users can a bit like lemmings, retweeting or otherwise repeating exactly what other Twitter users do whenever something cool is going around.  Everybody wants to be different, but they still want to exist as part of the in-crowd and participate in a group activity.

Some memes, like #Honk, exist just to be silly and fun.

Sometimes, a meme is grown out of necessity before it takes on a life of its own.

#FollowFriday was the brainchild of Micah Brown.  The concept was simple:  all Micah wanted was the names of other cool or interesting people to follow on Twitter (since finding those people on your own can be a daunting experience as Twitter doesn’t have a “I’m a cool person” checkbox on the user profile pages that others could search on).

END_OF_DOCUMENT_TOKEN_TO_BE_REPLACED 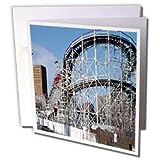 END_OF_DOCUMENT_TOKEN_TO_BE_REPLACED

By now you’ve heard of the TWITTER RACE between Ashton Kutcher and CNN to be the first Twitter user to have 1 million followers.

The TWITTER RACE website, updated every 10 minutes, has CNN in the lead right now by about 21k followers (give or take a few as I type this).

Electronic Arts, the video game publisher behind the Madden franchise and other hit games, just tweeted that they were going to award Ashton Kutcher’s 1,000,000th follower a copy of every game EA makes in 2009 for the winner’s system, and will also be featured in The Sims 3 video game.  They estimate that this whole thing will be over in the next 15-20 hours or so, at the current rate those two users are attracting followers.

END_OF_DOCUMENT_TOKEN_TO_BE_REPLACED

The British Gossip website HOLY MOLY has come up with their own CALCULATION TO DETERMINE A RATING FOR HOW NARCISSTIC A CELEBRITY IS BY USING TWITTER.

When looking at a celebrity’s Twitter account, the celebrity is labeled as a “narcissitic tool” if they have more followers than they are following others.

Using this equation, here are the top 20, along with their Twitter Narcissism rating.  For those interested, Holy Moly has included a handy spreadsheet for you to see their full list, as well as add your own friends and family.