THE MOTOR REPORT is reporting this morning that General Motors is cutting up to US$800 million from its North American advertising budget this year.

While this will affect GM’s plans for sponsoring the upcoming Transformers sequel,  it is currently unknown whether GM will continue to provide Disney sponsorship dollars for Epcot’s TEST TRACK attraction.  It has been announced that the budget cut applies to GM’s print, TV and film advertising, and its vehicle purchase incentives.

The sponsorship cost has never been announced, but is estimated to be about US$5 million per year, according to sources. This is just a drop in the bucket when compared to cutting $800 million in a single year.

END_OF_DOCUMENT_TOKEN_TO_BE_REPLACED

One thing that I get annoyed with is when TV shows take liberties with established facts about existing places.  For example, MTV’s Road Rules screwed up in their first season by showing the Winnebago driving north on a highway. The problem was that each subsequent highway shot was from a section of road that was further south than the previous one.  All the editors had to do was place those highway shots in their correct order.  They were going to show those shots anyway, so at least be smart about it.  It was like insisting that the first five letters of the alphabet are “A-B-E-D-C”.

END_OF_DOCUMENT_TOKEN_TO_BE_REPLACED

Just read the latest post on Progress City USA, TEN WISHES FOR THE NEW YEAR #8: OVERHAUL PARK MERCHANDISE.  I completely agree with the points raised about the depressing increase in  homogenization of merchandise available throughout the Disney parks.

I too, remember a time when the Orange Bird was found at the Tiki Room, and where land-specific merchandise was available.  A time when Main Street, USA’s Emporium shop didn’t run the full length of the street (when Center Street was an actual street separating the two show buildings instead of what we have today).

I want to buy a “Walt Disney World” sweatshirt, not a “Disney Parks” sweatshirt.

I have found myself visiting both Disneyland and Walt Disney World on numerous shopping missions over the years, only to walk away empty-handed and with a full wallet.  There is no doubt that there are plenty of things to buy at the Disney parks, especially if you are a once-in-a-lifetime visitor — but there is often nothing new of interest to the Disney Fan to buy beyond pins.   (Pin collecting and trading is a wonderful hobby, but it does not appeal to everybody.)     And really, how many Duck Butt hats does one family need?

END_OF_DOCUMENT_TOKEN_TO_BE_REPLACED

April 22, 2009 can’t come soon enough for many people – that’s when MICHAEL JACKSON WILL BE AUCTIONING OFF HIS STUFF.

Sure, it will cost you $20 just to attend the freakshow, but you know that will be money well spent just for the opportunity to browse through the King of Pop’s underwear drawer.

The auction will be broken up into 5 different categories, each taking place on different days:

Individually numbered and signed copies of the catalog will be available for $500.

END_OF_DOCUMENT_TOKEN_TO_BE_REPLACED

Pali Research analyst Richard Greenfield has taken it upon himself to turn movie reviewer, and according to a blogger at Barron’s Online, has offered THIS REVIEW OF PIXAR’S UPCOMING FILM “UP”.  The film was partially screened for movie critics at ComicCon in New York.

Here are some of his thoughts:

END_OF_DOCUMENT_TOKEN_TO_BE_REPLACED

You would expect The Los Angeles Times to have a blog dedicated to The Oscars (it is Oscar season, you know).  Their latest entry is entitled CAN WALL-E MAKE OSCAR HISTORY?

You know how WALL-E would make Oscar history?  If WALL-E had won the award for Best Picture or Best Director (had they been nominated, of course).  Sure, Andrew Stanton and the rest of Disney/Pixar are going to put their best face forward and graciously accept the nominations they did receive (Best Animated Feature, Best Music Score, Best Song, Best Original Screenplay, Sound Editing, Sound Mixing)… but deep down, you know that this is one case where the Academy needs to stop considering animated films as a red-headed stepchild to be regularly ignored or swept away.

END_OF_DOCUMENT_TOKEN_TO_BE_REPLACED 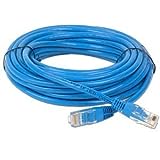 I do agree with the sentiment being expressed in the overall article, in that there appears to be a small decline in the amount of service at the Disney hotels when compared to the service level offered in years past.  However, to point out the Internet pricing on the Disney property as an example of a service decline is, I feel, misguided.

END_OF_DOCUMENT_TOKEN_TO_BE_REPLACED

Diana Freeman is a blogger specializing in social media and other related topics.  I really like her stuff; if you have a chance to do so, bookmark her site.

She  recently returned from a Walt Disney World vacation and wrote an interesting piece entitled DISNEY: A MODEL OF SUCCESS FOR YOUR PRODUCT OR WEBSITE, where she analyzes all the things that Disney does well, and how you can apply those techniques to your own business or website.

Here are the high points of what she talks about, and my brief interpretation: