By now, everybody knows that the first music video played on MTV was VIDEO KILLED THE RADIO STAR. Yeah, yeah – how ironic.

BUT… do you know what the SECOND video to play on MTV was?

It was Pat Benatar’s YOU BETTER RUN.

That was quickly followed by the rest of the FIRST 25 VIDEOS TO PLAY ON MTV: (here’s just a few, in no order…)

END_OF_DOCUMENT_TOKEN_TO_BE_REPLACED

Regardless of what you thought about the quality or content of the performance itself, there is one thing that should have stuck out to you as being a bit of overkill: MILEY CYRUS HAS A LONG TONGUE.

END_OF_DOCUMENT_TOKEN_TO_BE_REPLACED

Have you ever considered going into politics?

Sure, there’s some fame and fortune involved, plus the added bonus of actually feeling like you’re giving something back to the community that you represent.  This may work best in smaller cities and neighborhoods — being the president of your local Homeowners Association requires a completely different skillset than being the Mayor of your town.

Just like being Mayor requires different skills in some podunk town in the middle of nowhere than it does being Mayor of a major metropolitan city.

Face it – if too many cows on your byways is the biggest problem you have to deal with, then you’re not quite ready to attack the Major Politics of Today.

You Are Not So Smart:
Why You Have Too Many Friends on Facebook,
Why Your Memory Is Mostly Fiction,
and 46 Other Ways You’re Deluding Yourself

All that’s not to say that representing a small political arena is for dumb people, and only smart people can manuever around Big City or National politics.

But maybe there are some trends that can identify whether the person representing your best interests is as smart as they can be when compared to their compatriots.

For instance, according to SUNLIGHT LABS analysis of the members of congress and how they use language, they can identify who present themselves at a higher-intelligent level vs those in congress is try to talk to the lowest-common denominator.

Using some analysis of speeches that all Congressional members have made, they’ve been able to determine the grade level that each Congressman typically speak at.

From a trending perspective, it shouldn’t come as a surprise that as more and more years pass, Congressional speech patterns are getting worse and worse.  Web Watch calls it the MTV Effect (or, to update for the 21st century – the YouTube Effect).  Shorter attention spans and the rise of quick edit TV newscasts has resulted in what is – in effect – representatives that have lost the ability to sound like they’re talking intelligently.

They all may be extremely smart individuals.  But they’re certainly not all presenting themselves that way.

Let’s look at the LOWEST RANKING CONGRESSIONAL MEMBERS and their level of grade school talk:

(Just go with the grades higher than 12 to be collegiate level. Web Watch is just reporting what’s in the data, not making judgements on how its interpreted.)

Some of what the analysis shows is:

So you have your very own Twitter account (like we do, at @webgangsta).  And you spend time throughout the day sending out various tweets about whatever is going on in your life.

END_OF_DOCUMENT_TOKEN_TO_BE_REPLACED 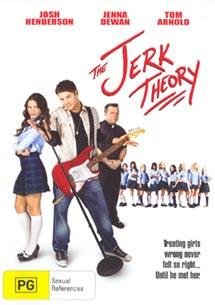 Do you know who Jesse Heiman is?

END_OF_DOCUMENT_TOKEN_TO_BE_REPLACED

Web Watch has been a huge fan of ANTVILLE’s VIDEO BLOG, which regularly lists some of the newest, greatest, most interesting music videos available online.

This week, Antville has decided to release what they are calling THE 101 TOP MUSIC VIDEOS OF THE DECADE, and with the number one spot being taken by the White Stripes’ FELL IN LOVE WITH A GIRL, Web Watch really can’t say that Antville got it wrong.

But what were the rest of the top ten of the 424 that Antville put up for vote?

END_OF_DOCUMENT_TOKEN_TO_BE_REPLACED 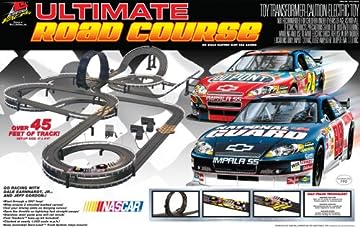 Those of you who remember those Tyco TCR race car sets should have fond memories of the excitement an awesome TCR layout could be.   And it was always your friends who had the cool track setups, wasn’t it?

END_OF_DOCUMENT_TOKEN_TO_BE_REPLACED

The guys over at COLLEGE HUMOR have had a lot of fun at each others’ expense over the years by pranking each other.

To date, there have been seven classic pranks, each one escalating in over-the-topness from the previous one.   Let’s take a look at where it started, and where it has led to so far.  Some things that you can take from the following videos are: