The answer:  Swordfish.
The question:  What do you get when you cross Die Hard, Speed, Dog Day Afternoon, and The Net?

A spectacular opening sequence that out-Matrixes The Matrix may draw applause in your theatre, but the rest of the movie doesn’t continue the excitement.  John Travolta turns in an almost reasonable performance, but unfortunately seems to have fallen into the Nick Cage School of Walking through a Role.

It’s not unwatchable tripe, and in many ways has some value as a summer popcorn muncher.  It just could have been so much better than it is.  Luckily, all the computer/hacker sequences are believable (for 2001).  If only we had a solid character (either on the good team or the evil team) to cheer for.  Instead, we get a mish-mash of characters we don’t totally care for one way or the other.

(to be honest, while walking out, I stuck my head into Moulin Rouge in the next theatre just so I would be reminded of what “summer movie spectacle” is all about — ’cause Swordfish isn’t it.)

Rated PG-13 for adult situations (there’s a lot of talk about prostitutes and what they do).  No nudity.  No profanity.

This movie is a spectacle – stunningly beautiful sets, creative camera work and editing.  This movie LOOKS gorgeous.  But is it a comedy?  Mostly.  A drama?  In places.  A musical?  Definitely.  A love story?   Depends on your point of view, but signs say yes.  It will help significantly if you know your late 70’s music.

The premise sounds corny:  let’s make a movie where 90% of the dialogue is made from various clips of song lyrics.  In some cases, we’ll have the actors sing the songs too!  It’ll be loads of fun, especially if we can thrown in some interpretive dance numbers too!

Here’s the problem:  9 times out of 10, it works great.  Funny when it’s supposed to be, poignant at other times.  Baz Luhrmann has sliced-and-diced an interesting plot in and out of the various songs very well (sunscreen, anyone?).  The problem is that the movie drags at every moment in-between these wonderful set pieces.   So you’ll be laughing and enjoying the film for 15 minutes, then bored for 5, then happy again for 10 minutes, then bored for 10 minutes while they set up the next big musical production number.

Every moment that I has happy and laughing, I could see giving this movie a 3.  Unfortunately, there were just one or two more boring parts than necessary, which forced me to give it a 2.

Will this do well?  With the teenager groups (especially girls), yes.  It’s a good date movie, as it talks all about love and loss and has music you can tap your foot to.  It should do well at the box office… assuming that the critics don’t totally blast the Baz film “style”.  Oh yeah – if you’re not a fan of “unique film style” and hate those types of movies, then you’ll probably hate this one too.

Check out http://www.homefair.com for various moving- and career-related calculators.

Figure out if the city you are moving to has a different cost-of-living, check out schools, compare your salary from one city to another, find a moving company — if you’re relocating, this should be a site to check out.

Ever sit around the bar with your buddies and say, “hell, we should totally have a band!  What should we call ourselves?”  And then you sit there and wonder what the band will be called?

Well wonder no longer, as the ROCK BAND NAME GENERATOR is here, generating such classic names as the DIRT DEVIL FLAB ROLLS, MUCUS WHITE TRASH, or even JACKASSERY ON A NICE GRANOLA LOAF.  Rock on! 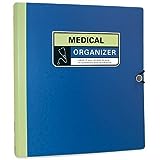 http://www.openrecords.org/ is a clearinghouse for all types of government-released records and reports, available to everyone.

They do have one section that does help those who are looking to move to a new city or neighborhood, and that is a link to US States Sex Offenders Registries, as broken out into both a national registry as well as state-by-state.  Not all states report information in the same way, but you should be able to pull reports by ZIP code for most of them.

Other helpful databases linked here include the HOLOCAUST SEARCHABLE DATABASE, DALLAS RESTAURANT HEALTH SCORES, and a list of STOLEN IRAQI ARTIFACTS.  Sure, some lists will be more useful than others, but the concept is the same. 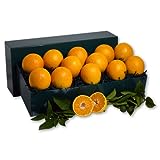 According to a “main squeeze” poll conducted by Tropicana where 900 Americans were questioned about their love lives:

Although 46% reported that personality was what first attracted them to their sweethearts, 33% said looks counted too.

There are no rules to follow; you can be clever, foolish, funny, intimate.

You can whisper sweet nothings, exaggerate as much as you want, even tell little white lies.

If you want to write poetry, now is your chance. If you have no talent, crib some lines from someone else.

There are no laws governing the length of a love letter. Make it as long as you’d like.

Create an intimate nickname for your loved one, but remember, it can come back to haunt you. Charles Dickens wrote to his wife Kate: Dearest darling Pig; Zelda Fitzgerald to F. Scott Fitzgerald: Dear Goofo.

Some of the world’s greatest love letters were written by a Napoleon Bonaparte — a man whose fame came from his military, not his romantic, conquests.

Napoleon to Josephine Beauharnais: [I’m sending you a thousand kisses by letter]…but give me none in return, for they set my blood on fire.

Even later, in the middle of a campaign through Italy, he wrote to her, closing his letter with: I hope to hold you in my arms before long, when I shall lavish upon you a million kisses, burning as the equatorial sun. 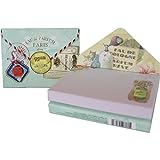 If you are a true romantic, try having your valentines mailed via  WITH LOVE FROM LOVELAND, a service located in Loveland, Colorado, located 30 miles northeast of Boulder.  When the letters are remailed, they’ll be sent from the “sweetheart city” of the United States.

The Loveland Valentine Remailing Program started in 1947. It handles 300,000 valentines every year, going to all 50 states and 104 foreign countries. If you would like to have your valentine card stamped with the official Loveland Colorado cache and stamp: