So you know how you’re sitting around, watching TV, and you see a commercial come on that has that really hot chick in it?

Doesn’t it make you wonder, sometimes, just who the hell that girl is?

END_OF_DOCUMENT_TOKEN_TO_BE_REPLACED

All of these catchphrases have become part of the lexicon of late night television viewing.  But for every Oxyclean success story, there are millions of other As Seen on TV products that doing everything they can to get the word out that they are out there for sale.

And the ubiquitous commercials have become ripe for parody.  Take a look at these hilarious audio overdubs of some of your favorite late night TV viewing choices:

END_OF_DOCUMENT_TOKEN_TO_BE_REPLACED

TV Commercials: How to Make Them: or, How Big is the Boat?

Have you ever wondered how much it cost to buy a commercial on your favorite prime-time TV show?

END_OF_DOCUMENT_TOKEN_TO_BE_REPLACED 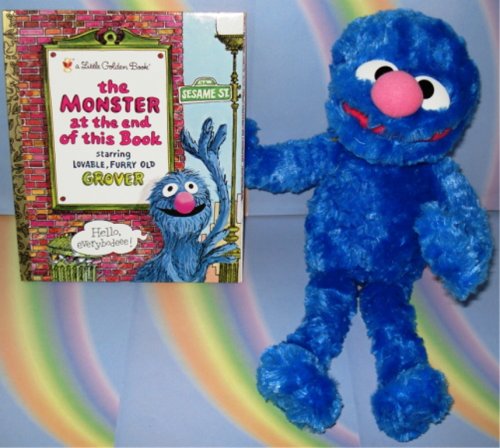 Stuffed Grover with “Monster at the End of this Book” book

Some things do not need any further explanation, beyond the fact that Sesame Street is awesome.

After watching this, however, it does appear that Grover is looking a little matted and mangy. He might want to have that checked out.

END_OF_DOCUMENT_TOKEN_TO_BE_REPLACED

Remember Jason Sadler?  He’s the guy who would WEAR YOUR SHIRT for one day and market whatever message is on the shirt that you provide.  He’s been able to make a decent living at this, charging anywhere from $1 to $365 per day, depending on the day of the year that you have requested his services.

Jason has inspired Love Harnell with his tale of how to be a successful Internet entrepreneur, so Love sat down to figure out what HE could charge up to $365 per day to do.

And since Love Harnell has an unusual hobby, he decided to make that his Internet business.

END_OF_DOCUMENT_TOKEN_TO_BE_REPLACED

Web Watch has a TiVo for one thing – to make watching television easier and more fun (unlike other folks who solely use TiVo or other DVRs to skip commercials).  We do admit that we skip commercials, but we’ll often go back to watch some of the ones that look more interesting… like movie trailers, or something new that hasn’t been seen before.

But it did get Web Watch wondering… HOW MUCH ARE THE NETWORKS CHARGING PER 30-SECOND AD IN PRIMETIME?

And now we know.  Let’s take a look at how much some of Web Watch’s current favorite shows are doing per 30-second spot: