If there’s one thing that we beg you to stop doing, it’s putting these stickers on the back of your car:

END_OF_DOCUMENT_TOKEN_TO_BE_REPLACED

Web Watch often hears Luddites talk about how battery-operated devices still need to get their energy from somewhere, so we’re not actually saving energy by driving around in our hybrid cars or otherwise relying on battery packs to get us what we need.

Take the iPhone for instance.  It needs energy to recharge its battery so that you can listen to tunes or play Angry Birds.

END_OF_DOCUMENT_TOKEN_TO_BE_REPLACED 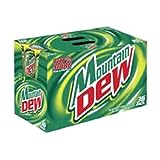 Paul would be the first one to say that soda, particularly Mountain Dew, is literally his driving force.

Why’s that?  Because Paul has figured out how to CONVERT HIS CAR SO IT RUNS ON MOUNTAIN DEW INSTEAD OF GASOLINE.

END_OF_DOCUMENT_TOKEN_TO_BE_REPLACED

ABC’s BETTER OFF TED is one of those TV shows that either you get or you don’t.  Luckily, it has been renewed for a 2nd season, so if you have missed the initial episodes, you’ll have a chance to catch up with the fun.

The show’s comedic style and pacing is not in sync with the standard sitcom formula, which can take a little getting used to, however.  If you can make it past the unique style, you’ll find the show very much worth watching.

This week’s episode, entitled “Bioshuffle”, had a series of clever throwaway jokes that just had to be shared.

Why?  Because they’re funny, and these lines wouldn’t have made sense in almost any other sitcom out there.

END_OF_DOCUMENT_TOKEN_TO_BE_REPLACED

Jake Parker is an artist.

Jake Parker has taken the star of Disney/Pixar’s Cars franchise, Lightning McQueen, and cut him open lengthwise to see what makes him tick.  Basically, Jake Parker has done AN AUTOPSY ON LIGHTNING MCQUEEN.

END_OF_DOCUMENT_TOKEN_TO_BE_REPLACED

It’s looking like the price of gas could hit $4 or even $5 a gallon this year, hitting everybody hard in the wallet as prices all across the board go up to meet this extra expense. Here are four sites that you can use to help maximize your gas station dollar: