We’re deep into the holiday travel season right now, and if there’s one thing that everyone should be careful about is what’s going on in those over-populated hotel rooms.

A little bit of hand sanitizer can go a long way in preventing a tiny bout of norovirus, but there are some things that hand sanitizer won’t take care of:

The ZappBug Oven – Kills 100% of Bed Bugs with Heat

END_OF_DOCUMENT_TOKEN_TO_BE_REPLACED

Annoying insects bother people year round. Whether it be creepy crawly insects inside the house that make your skin crawl, or stinging/biting insects that prevent you from enjoying your outdoor space – bugs are just, well, buggy.

But how bugged are we by the bugs around us?

END_OF_DOCUMENT_TOKEN_TO_BE_REPLACED

Remember when Web Watch told you about the rise in bed bug infestations?

It ends up that things haven’t waned since we originally reported on that, and new reports show that BED BUGS ARE BECOMING MORE RAMPANT THAN EVER BEFORE.

END_OF_DOCUMENT_TOKEN_TO_BE_REPLACED

If you’re anything like Web Watch, you’ve done a fair amount of traveling over the years.

And with all that traveling, you may have found that you have specific habits or tricks of the trade that you’ve figured out along the way.

Easy, right?   Sure, we have other oddities in our carry-on luggage:  a pair of dice being one of the more unusual items to have, but it goes along with the deck of cards.

You never know when you’re going to end up needing a deck of cards.

END_OF_DOCUMENT_TOKEN_TO_BE_REPLACED

Bed Bugs are making the news all over the place this year, especially with the warm weather that has been seen all across the country this past winter.

So we shouldn’t be surprised that ORKIN, one of the largest pest control companies in the country, is considered an expert on how to control bed bugs.

And now that it’s Spring Break, unsuspecting college kids and high school seniors are going to be traveling all over the country, and may end up bringing home a special friend or two (or three thousand) with them if they’re not careful.

And that’s one reason why Orkin decided to release their list of the TOP 50 BED BUG CITIES in AMERICA for 2011.

END_OF_DOCUMENT_TOKEN_TO_BE_REPLACED

A few years ago, Web Watch was visiting Las Vegas with some friends.  As is the case when traveling with a large group of people – especially in Vegas – we all found ourselves staying in different hotels.

And as is the case with different Las Vegas hotels, cleanliness standards can be a bit different from hotel to hotel, company to company.

So while Web Watch was enjoying our crisp, clean sheets, one member of our brigade found herself being transferred from one dirty hotel room to another until she ultimately asked to be checked into a different hotel across the way.

Apparently, maid service doesn’t always check to clear the room of used.. (ahem) … from underneath the bed.

END_OF_DOCUMENT_TOKEN_TO_BE_REPLACED 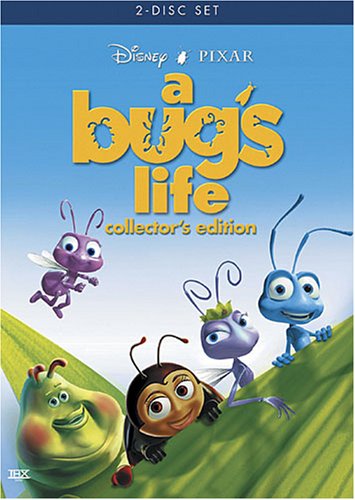 The NATIONAL PEST MANAGEMENT ASSOCIATION has released the results of their 2010 Pest Control Attitudes and Usage Survey, and it’s not pretty if you’re an ant.

According to the survey of over 1,000 US homeowners, ANTS are the number one pest in American homes.  Termites, spiders, cockroaches, and mosquitos follow on the list.  Some of the highlights include:

END_OF_DOCUMENT_TOKEN_TO_BE_REPLACED 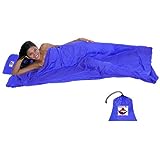 As we’ve all seen the local news stories during sweeps week, or on practically any episode of CSI – some hotel rooms can be filled with nasty germs and bugs.

That’s where THE SLEEP SACK comes in.

You always see a few people in the airport, carrying their own pillows with them.  For them, either the hotel pillows are never good enough, or perhaps there’s a hypo-allergenic reason to bring one’s own pillow with them.

And while travellers often fear the pillow bug, for the most part, one  never thinks much about the hotel room’s bed linens.  Sure, the coverlet may be a little nasty, but you’re not supposed to use that as a blanket anyway.  Just throw the coverlet on the floor like everyone else does.  The sheets should be clean, right?