According to a CNN article, there’s an AUSTRALIAN NUDE GOLF group that rents out a golf course once a year to play.

They typically don’t have an issue playing golf naked (except for that one guy who chose to carry his clubs rather than use a cart. But we digress.

The biggest revelation in this story about naked golfers is buried deep in the story content: if you’re going to row across the ocean, you’ll want to pack light – “rowing naked” is the name of the game around those parts:

One all female crew discovered that the secret to ease the physical burden of rowing across the Atlantic Ocean was to do it naked.

Skipper of the Row for Freedom team Debbie Beadletold CNN Sport that sea water seeping inside your clothes increases the friction against your skin, causing sores but rowing naked gives you the ability to dry quicker, instead of having wet clothes.

Are you happy in your relationship?

If you want to practically guarantee that you do keep a happy relationship between you and your partner, you could do all sorts of things.  You could spend more time together, talking.  Go for long walks. Take a vacation together.

But even given all that, there’s one thing that you could try that could bring as much as 10% more happiness to your relationship:

END_OF_DOCUMENT_TOKEN_TO_BE_REPLACED

What do you like to do when you go to the beach on vacation?

Are you a total sunbather, just hanging out on your lounge and never going into the water?  Or are you a more active person, playing volleyball, surfing, digging sand castles?

Different people like to do different things while at the beach – but everyone needs to remember that the beach is a shared experience, and you don’t want to do anything to be THAT guy (or THAT girl) while hanging out on a beautiful day.

END_OF_DOCUMENT_TOKEN_TO_BE_REPLACED

We all know that there’s a difference between being “naked” and being “nekkid”.

And if you’re looking for a fun way to get nekkid in your local area with a bunch of others (and a vegetable or two), read on for the nsfw details:

END_OF_DOCUMENT_TOKEN_TO_BE_REPLACED

While it started slow, with an unnecessary emphasis on the adorkable Zooey Deschanel, it has grown into itself as the audience (and show writers) have gotten to know all the other characters that inhabit Jess’ 30-year-old life.

One recent episode had Jess wondering how to describe what she saw, when she saw one of her roommates’ friends urinating in their shared, co-ed bathroom.

END_OF_DOCUMENT_TOKEN_TO_BE_REPLACED

Ladies? Web Watch has a question for you:

When you see a semi-clothed or naked man, do they seem competent to you?

Probably not, as it goes back to the old Jerry Seinfeld comment of, “naked crouching never looks good.”

Don’t feel bad about your perception of other people’s nakedness — you’re not alone.

END_OF_DOCUMENT_TOKEN_TO_BE_REPLACED 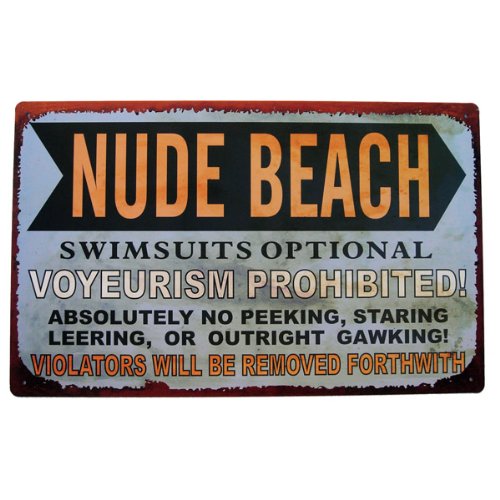 July 4-10, 2011 is NATIONAL NUDE RECREATION WEEK, according to the American Association for Nude Recreation.

So who is the AANR?  It’s only a group of 200,000+ people who just like being naked; they find nothing wrong or ashamed about the human body, and don’t mind sitting around in the buff with other like-minded folks.

We knew you would ask – the AANR’s headquarters are in Kissimmee, Florida — just a few minutes away from Walt Disney World. Coincidence? We think not.