First – before you read any further, if you have either enjoyed the celebrity ICE BUCKET CHALLENGE videos or have participated in making a video yourself…. and if you have not already made a donation to ALS – then GO IMMEDIATELY TO THE ALS WEBSITE AND MAKE THAT DONATION.

And don’t think that just because you didn’t dump a bucket of ice on your head in the name of raising awareness for a charity that’s fighting the good fight for thousands of people, if you laughed even once at the antics of anyone who did do it – you owe ALS money.

END_OF_DOCUMENT_TOKEN_TO_BE_REPLACED

Maybe you’ve seen a cardboard box for the Ronald McDonald House in your breakroom.

Maybe you’ve been told by your neighbor’s kid that there’s the same amount of money in this part compared to the entire rest of the trash you’re throwing out.

What if we told you that you’re basically wasting your time?

END_OF_DOCUMENT_TOKEN_TO_BE_REPLACED

One thing that everyone should do at some point in their lives is give back a little bit.

How you give is entirely up to you.   Some choose to contribute money or time to their church, while others participate with local healthcare or children-oriented organizations.

Maybe you take the time to help build a house, or do yardwork for someone who is unable to do it for themselves.

Giving: How Each of Us Can Change the World

END_OF_DOCUMENT_TOKEN_TO_BE_REPLACED

Have you ever wanted to LIVE THE LIFE OF A CELEBRITY?

Wanted to do the things that celebrities do? Go to where celebrities go? Hang out with your favorite famous people, maybe exchange cell phone numbers?

Well, it’s all possible — for a price.

Celebrity Confessions: What Hollywood’s Rich and Famous Say About Sex, Money and Success

END_OF_DOCUMENT_TOKEN_TO_BE_REPLACED

Are you someone who would like to participate in any number of October’s traditional charity functions to raise money to battle breast cancer or otherwise raise awareness, but just don’t feel like – or unable to – going on a two- or three-day walk?

Maybe you’re a bit tired of eating all that Yoplait yogurt and saving up all the pink tops, and you are purposefully avoiding catering to any company that decides to “Go Pink” as a marketing ploy.

So what is there that you can do that’s a little bit off the beaten path, but still gives you an opportunity to show that you are supportive of a very important cause?  After all, men have MOVEMBER, so what’s a woman to do?

END_OF_DOCUMENT_TOKEN_TO_BE_REPLACED

Have you ever wanted to CHEAT AT SCRABBLE and get away with it?

No, we’re not talking about ways to cheat at WORDS WITH FRIENDS — Web Watch has already covered that.

We’re talking about how to cheat at the Scrabble board game, the one with the actual tiles and fabric pouch that you play at the kitchen table on Saturday nights with some friends and a nice bottle of wine or two?

Well – Web Watch has a way for you to CHEAT at Scrabble, and make it a legitimate part of your gameplay.

END_OF_DOCUMENT_TOKEN_TO_BE_REPLACED

(because even though Darth Vader is evil, he still supports the fight against Breast Cancer)

Today, Web Watch received a flood of emails from friends and family regarding the Susan G. Komen Foundation pulling their financial contributions to Planned Parenthood.

There is even a petition asking Susan G Komen to restore their relationship with Planned Parenthood.

That there is controversy surrounding what the Susan G Komen Foundation does with their money, and that there is a brouhaha surrounding the marketing of the pink ribbon to raise money for breast cancer research, is nothing new.  The people who are commenting on the petition are acting all shocked and surprised that Such A Thing Is Going On, when Web Watch has told you about this for years.

END_OF_DOCUMENT_TOKEN_TO_BE_REPLACED 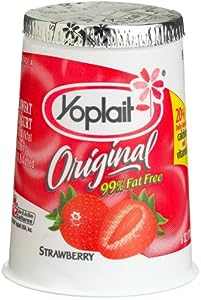 A recent survey from M/A/R/C Research and The Integer Group discovered that women are very particular about the brands that they buy at the grocery store.

And it has absolutely nothing to do with whether those products are superior in Web Watch’s opinion (the infamous “Heinz vs Hunts ketchup debate” lingers on, folks) or not.

What the survey uncovered was that 43% of women prefer to purchase brands that are associated with charitable giving.